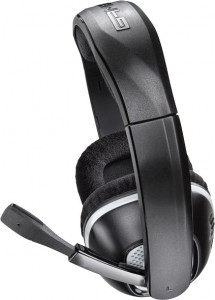 Recently I’ve had the opportunity to review the Plantronics GameCom X95 gaming headset. The GameCom x95 is a wireless stereo headset that can easily be connected to a PC or gaming console. For this review I have did my testing exclusively on the Xbox 360.

The way my living room is situated, I sit about 12 feet away from my TV, and with two dogs running around, a wired headset is completely out of the question. Connecting up the X95 is simple enough, just plug in the wireless adapter in-line with the left and right audio cables from your system and plug the USB cable into the Xbox for power. From there you pair the headset with the adapter and you are ready to go. This process works the same way if you’re using and Xbox, PS3, or PC.

For the headset itself, one of the nice features is that ear cups are breathable because they are made of a velor like material. Unlike other headsets that have plastic-leather cups, you can wear these for extended periods of time without developing sweaty ears. 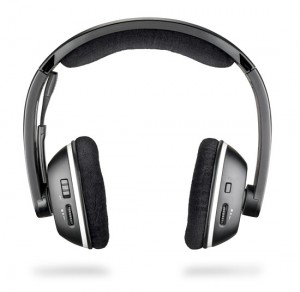 As for the microphone, the X95 has a standard mic on a swivel arm to easily tuck it into the headset when not in use.

Overall the build quality of the GameCom X95 is is very high quality, I’ve even accidentally dropped it a time or two and there have been no noticeable issues.

While build quality is important, the most important thing thing with a headset is sound quality. Plantronics is a company devoted to sound quality, as I’m sure you already know, Plantronics is one of the top manufacturers of cell phone ear pieces. So it should be no surprise that the quality of these is very good and they provide an accurate representation of the sound from the game. In my testing I didn’t hear and hum or hiss that can be common with a low quality wireless headset. 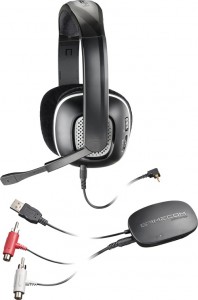 For most gaming the GameCom X95 is a great headset, perfect if you are only playing sports games. If you happen to be a big FPS player as well, you may want to instead go with a headset that supports surround sound, as they will give you the ability to better know where your enemy is coming from.

Aside from that caveat, the Plantronics GameCom X95 is a very high quality headset that I would recommend to anyone in the market for a gaming headset. The headset can be found for $89.99 MSRP (Affiliate Link).