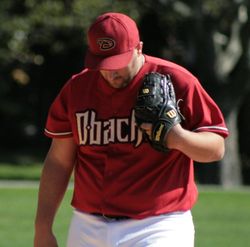 Born and raised in New Jersey, I (T.J. Lauerman) have been gaming as far back as I can remember. It all started by playing Super Mario Bros. and Duck Hunt on the Nintendo Entertainment System with my father. The gaming bug has stuck with me ever since.

While sports games dominate my consoles, my favorite game is still the NES classic, Zelda II: The Adventures of Link. There’s no feeling as good as seeing Princess Zelda come to life, and knowing they are smooching behind that curtain. Some of my contemporary favorites are; the Grand Theft Auto series, the Metal Gear Solid series, Call of Duty, Madden, NCAA Football, MLB: The Show, Pokemon, Puzzle Quest and FIFA. While mainly a console gamer, I also dabble in PC and portable games from time to time.

By day, I work as a business analyst for an eyeglass lens distributor, though I like the sound of “Video Game Critic” much better. In March of 2010, I married the love of my life, Erika, and while my gaming time has been cut down (there are still nights she lets me play till 1am) and I haven’t been happier.