With World Series Game 6 tomorrow night, our Extra Life plan has taken shape. You can watch all of the following Saturday live on Twitch.tv/ThatSportsGamer: 10am – Ryan’s Gaming Time 2pm… Read more » 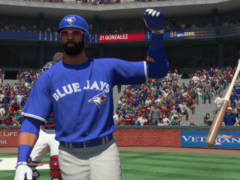 In MLB The Show 16‘s Diamond Dynasty mode you only have five bench positions to work with. Let’s talk about the five player types that you need to have on… Read more » 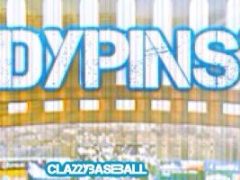 I was interviewed about my baseball fandom by TheGreedyPinstripes.com. Q: What is your favorite MLB team? How did you become a fan of that team? A: As someone who has grown… Read more »

Tonight is the night of the draft for my Fantasy Baseball league. In that league we use pretty standard scoring procedures, but what I want to tell you about now… Read more »

Don’t know what to get for the sports gamer in your life? Go out and get him or her NBA Jam: On Fire Edition. Now until February 14th the game… Read more »

While it may seem like a niggling complaint, one of my pet peeves about Sony’s MLB series is their lack of licensed accessories. Bare with me. Go play to the create… Read more »