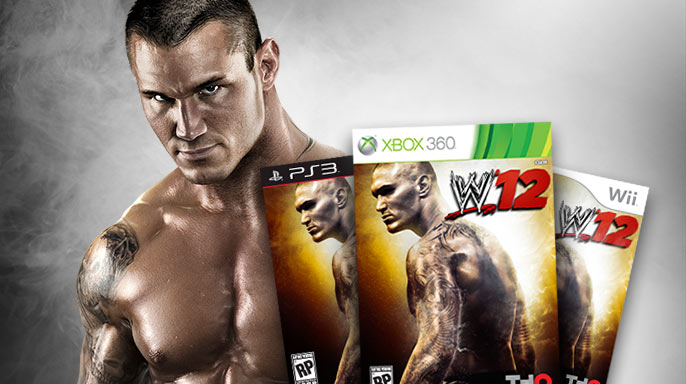 I had an hour to kill before going to work the other day, so I decided to head over to Best Buy, where I heard WWE 12 was out as a demo. The menu is of course straightforward, and I was able to get into a standard 1 on 1 match fairly quickly. The wrestler select screen, like last year, is organized like that of a fighting game, with head shot boxes, this could be troublesome for people who aren’t as familiar with the WWE product. Before I left, the person who tried the game after me seemed to struggle just finding people he knew before finally settling on Triple H vs. Kane. The boxes are arranged in alphabetical order for the current Superstars, with the hidden characters such as Brock Lesnar and Vader being off to the sides in black boxes waiting to be unlocked.

I settled on a match between myself as Daniel Bryan, and the CPU as CM Punk. The entrances were very smooth, but in an odd bit of updating/not updating, Daniel Bryan still has “Ride of the Valkyries” as his entrance music, despite getting new music over the summer, while CM Punk is correctly updated with “Cult of Personality” and “Best in the World” entrance video, both those changes occurred at around the same time. The entrances ran smoother than I remember in the past and looked very accurate to what you would see on TV, but this is to be expected.

Once the match started, I had to get used to the new controls with no manual to read or onscreen help, aside from the RT button flashing on screen to tell me when I could reverse, nothing new to long time fans of these games. The biggest difference I noticed is that there is no longer any on-screen information on how your wrestler is doing, which continues a trend in the WWE games of the last couple years of uncluttering the screen. Last year, all there was a small blue momentum bar underneath the player-controlled superstar. This phased me at first, but found that it wasn’t a huge problem. As the match began, I found myself getting beaten down by Punk, mostly due to trying to do things like they were done in the last game. I figured that A was now the grapple button, but it did not appear that there was a difference between tapping and holding it, unlike the strike button (X) which will deliver a weak or strong strike respectively. The match went on for over 10 minutes, which I liked, and at no time did I ever find myself desperately trying to find the button to do anything. When your wrestler can perform a signature or finishing move, you are told so on-screen. 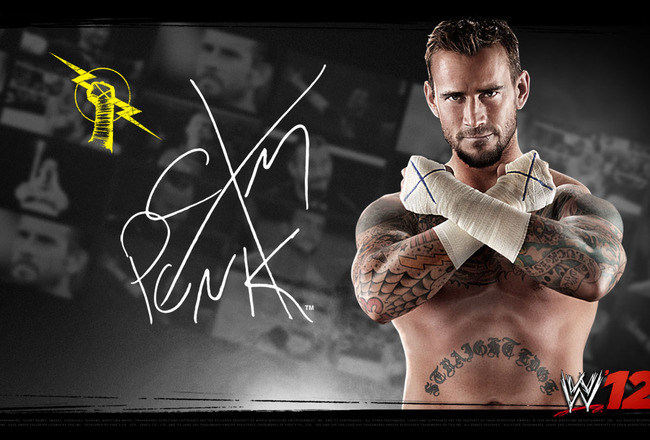 The match flowed together well, going back several times, however I had no idea how to use some of the new features I had heard about, such as comebacks. At one point in the match, the game said I could start a comeback, but I had no idea how. I assume it isn’t actually that difficult, but if you don’t do it in time, you aren’t able to, so I wasn’t able to figure it out in time. I also had no idea how to do targeted attacks to certain body parts (A loading screen would later tell me to hold the RB when your opponent is dazed). The match did turn into a submission fest, which you might expect from Punk and Bryan. I found it interesting that Punk’s finisher of choice seemed to be the Anaconda Vice as opposed to the GTS, but I personally have to problem with that. The “new” Breaking Point submission system didn’t seem to be anything more than a fancy new button-mashing meter, but I could be wrong. I couldn’t get Punk to submit to the LeBelle Lock, instead pinning him with a northern lights suplex. Certain moves can be chained into pins by pressing the B button while doing them. I also couldn’t find the button to do a “wake up” taunt, where you can force your opponent to stand up and be dazed so you can hit them with a flying attack or finisher. CM Punk did this to me a few times, however, and it seemed like you didnt’ always wind up in the right position for the next move.

The controls were straight forward, and getting closer to the holy grail that some consider No Mercy to me. It seemed to me that stronger grappling moves depended more on the condition of your opponent, and the match progressed naturally, with moves getting bigger and more devastating as the match went on. Both Punk and Brian also slowed down and showed signs of fatigue later in the match, but not to the point of being unable to do anything. Transitions were a lot smoother in the past. Last year, if you tried to grapple an opponent who was in the process of getting up, you would either warp him back to the ground and do the move, or whiff while he kept getting up. This year, you will grab the opponent as he is getting up and be able to do an attack from the lock up position that results.

I had a lot of fun playing the match, and it seemed like the CPU AI was a lot tougher and did things more logically than it has in the past. I even got set up for a few flying attacks, something that not even high flying guys like Rey Mysterio would do before. Every move seemed to flow together well, even if it isn’t apparent that it is a new move or has been reanimated. This was only one match, but I can’t wait to play more, I’m not even going to rule out going back to Best Buy before the game comes out.