This September 11th will be an exciting day for FIFA fans, as they will finally get a chance to play the FIFA 13 demo. There will be five teams available to play as in the demo (AC Milan, Arsenal, Borussia Dortmund [BVB], Juventus and Manchester City) but only one venue, Manchester City’s Etihad Stadium.

BVB seems a little out of place, being the only German side among two Premiership and two Serie A
teams, but it will be fun to play with Sven Bender, the young midfielder. Pitting Juve versus AC Milan will also be a lot of fun, and will probably be a fixture repeated for much after the demo, featuring players like Robinho, Pato and Flamini on the Milan side and Buffon, Chiellini and Pirlo for Juventus.

We will be able to enjoy our demo games in all of the four difficulty modes and in four of the different weather options, but with a half time of just 3 minutes, those trying to really take in the beautiful FIFA graphics will have to be quick about it. 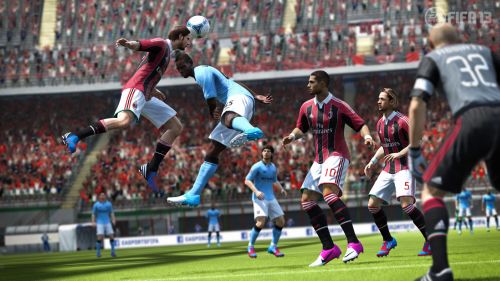 We also still do not know who will be gracing the cover of the game alongside Messi here in North America, but those across the pond have already received the privilege. The UK will see Joe Hart to Messi’s right and Alex Oxlade-Chamberlain to the left. I’m betting we see Chicharito from Mexico and probably Landon Donovan again, who is still the face of US soccer, although I would like to see someone younger and more exciting like Brek Shea. 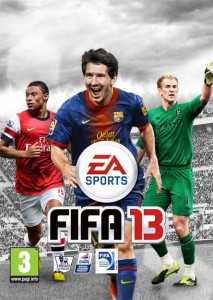 We’ll know for sure who will be on the cover soon enough, but until then,  I’ll have to resort to messing around with MLS teams in FIFA 12. See you next week!