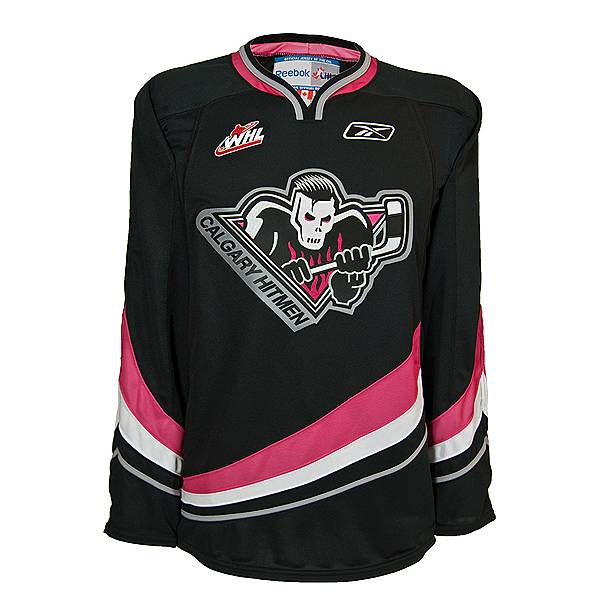 The Calgary Hitmen of the WHL take their name and colors from, founder, part team owner, and WWE Hall of Famer, Bret “The Hitman” Hart. Initially there was a lot of criticism of the Friday The 13th-esque logo, including push back from would be sponsors. This lead the team to use an alternate logo for their first season. Eventually the fans won out and got this (the original) logo back as the teams primary.

In my opinion the logo is more Ninja Turtles’ Casey Jones then Jason Voorhees style. Overall I think it’s a pretty simple jersey, but sometimes simplicity is best. If I ever find myself in Calgary, I’ll definitely pick up one of these jerseys.