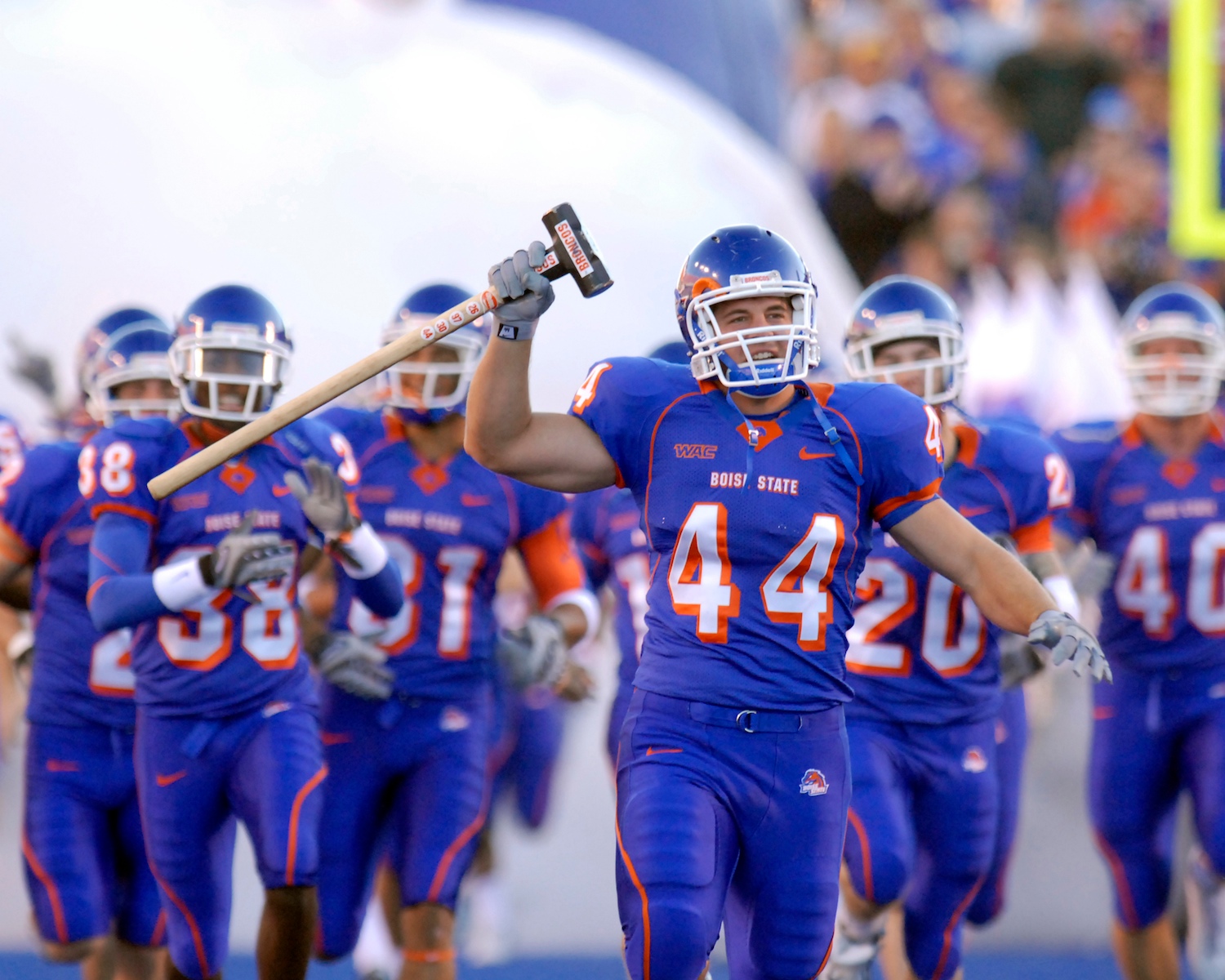 There may not be a more distinctive field in the NCAA then Boise State’s own Bronco Stadium with it’s iconic blue turf. Sadly, because of that turf the Mountain West Conference considers Boise State’s all blue uniforms to be an “unfair advantage”.

Initially I thought this was really stupid. In retrospect, I kind of understand where the problem may lie. When I first heard of this I assumed it was because the uniforms were causing confusion on the field, but I don’t think that is the real issue.

The real issue arrises from the coaches watching the game from their booths. A common scene on the sideline is a coach talking to their QB and showing the pre-snap formation of the defense. My assumption is that those side-line printers aren’t that good, and because of that the players are bleeding into the field, making it very hard to show his player the formation.

As you can see from this picture, even when not printed on a page, its actually kind of hard to see the players.

All in all, do I think it’s stupid?

Will it have an impact on the games played at Bronco Stadium?

Best of luck to the Boise State Broncos.

Did you know…In March of 2011 the NFL passed a rule that no stadium may have a field that is not colored green, that rule is known as the “Boise rule”.
Tweet