MLB 13: The Show‘s Diamond Dynasty, imagine Ultimate Team for baseball. Great idea, right? Sure, until you add Dynasty Players. These are fake players that you can buy in packs or individually on the marketplace.

Unlike MLB players who have their attributes locked, Dynasty Players are able to be trained by spending your Dynasty Budget. A players Training Aptitude (APT) is essentially a price modifier. The higher the aptitude the more a discount you’ll get towards each training point. 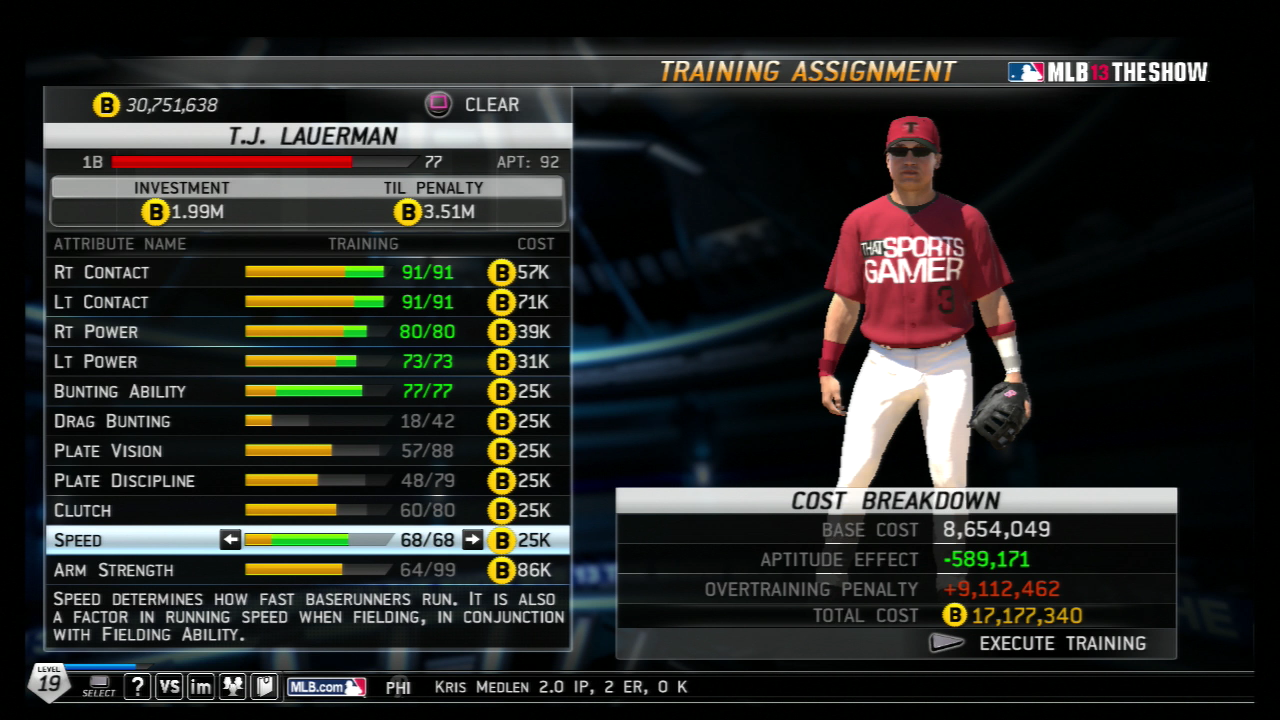 Above is just a guy that I renamed, because he had a decent starting rating, and a high aptitude. He is a 77 with some decent attributes. I’ve played a bunch of games with him and he’s put up some good stats. I dumped 17 million in budget to train him to max attributes in a few of his categories. 17 million is about what you would earn after playing 3 games online and going 2-1. From a pretty good 77, he’s now a beast at 96. Even with a 73 power vs lefties, he’s still probably going to hit a jack the majority of the time he puts one in play. 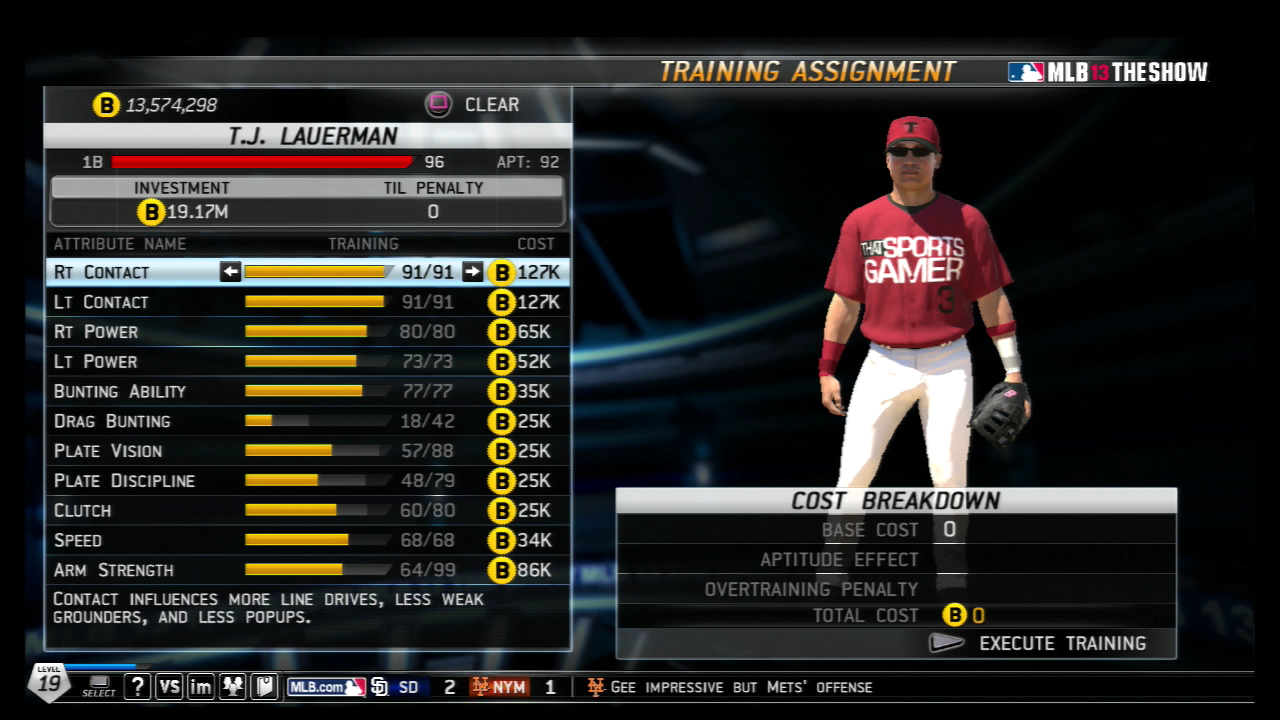 My problem isn’t that they are in the game, my problem is the training. People build teams where they get Dynasty Players with high aptitude, train them, and its nearly impossible to beat them. I don’t care about the losing as much as the lack of fun in the game when you play a game against teams with all fake players. What upsets me the most is, even if you pitch smart to these guys, they ratings are so high that even if you fool them completely, they still have the ability to put it out of the park.

While I’ve only focused on hitters in this post, there are also pitchers that get boosted up. They all throw 99 or 100 with at least two other nasty pitches. So yeah, that’s the opposite of fun.

I’ve been dying for the baseball version of Ultimate Team, and while this tries to be it, just doesn’t do right, and it actively turns me off to the mode. Since I’m pretty much done with it, why not help you guys out. Send me a tweet (commenting on this post does not count) @ThatSportsGamer and let me know which one of these guys you want. First come, first serve. I’ve got a bunch of guys in the 80s and 90s that I’ll give away over there.

If you are actually having fun with Diamond Dynasty, let me know in the comments below.

PS – The uniform creation is awesome, check out that guys sweet ThatSportsGamer threads.