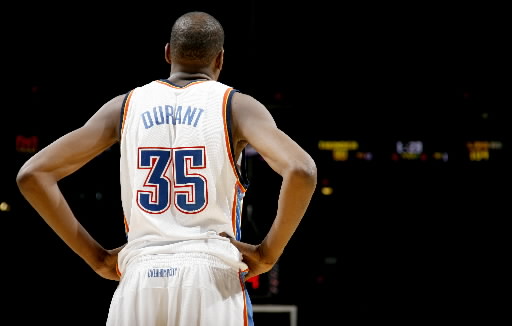 Kevin Durant is the new Kobe, the Thunder are going to be dominate for years to come. 50 sounds like a lot but for this group, I think it is something they can do.

Seems like maybe after getting beat by the Mavericks the Heat will take this season seriously. Also, the Eastern Conference is really weak this year. 55 wins is like an .830 winning percentage, which would be amazing, but with their team, it should be something they can pull off.

Kevin Durant will win the MVP.

As per earlier, Kevin Durant is the new Kobe. I’d be willing to make this prediction for the next decade.