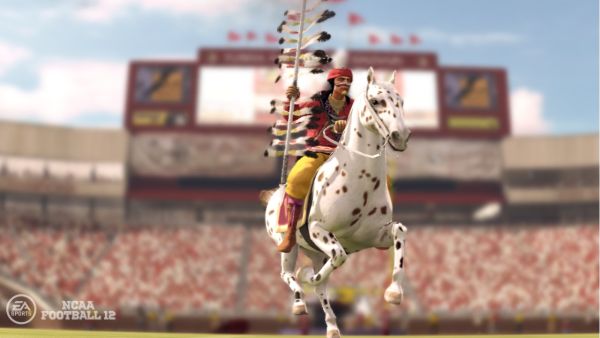 EA Sports enticed more people to follow their Twitter and Facebook pages by holding back the NCAA Football 12 demo date until they hit some milestone numbers. Finally, at 7:37pm EST, they twitted out the time. On Tuesday. June 28th you will be able to get your hands on the demo for PS3 and Xbox 360.

The full retail release is set for July 18, so this demo will give you two weeks to play with four, still yet to be released, teams. You will also be able to unlock five Nike Pro Combat uniforms for Alabama, Florida, Miami, Oregon State, and West Virginia.

I’m really looking forward to this demo, as NCAA Football is consistently taking more and more time from my Madden time. I can’t wait to start a Dynasty with the Ohio State Buckeyes. Why you might ask? I’ll be able to start from scratch like Ed “Straight Arrow” Gennero did with the Texas State University Fightin’ Armadillos in Necessary Roughness.