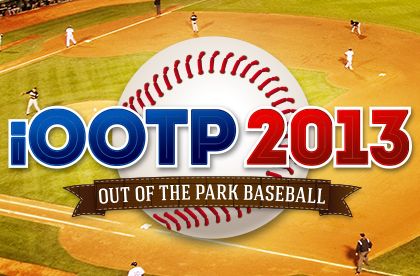 The most apt word to describe diving into iOOTP Baseball 2013 for the first time as someone new to text-based sim management games is “overwhelming.” It’s not that the UI is unnecessarily cumbersome or the game is poorly designed; it’s that the premise of managing a baseball team is a lot of work. But as you spend time with iOOTP Baseball 2013, you start to really understand the allure of the types of games. When you eventually start to take your team from a basement dweller and turn them into a formidable competitor. It is one of the more gratifying mobile sports gaming experiences you can have.

When you start up iOOTP 2013, you get to choose between taking the reins of a true MLB team with current rosters, or you can either do a fictional league or download a historic season and see if you can change history. Oddly enough, I was really curious as to how the game implemented their fictional leagues, so I took a stab at that. It probably wasn’t the best idea, because you really can’t use name recognition in knowing who is good and who really isn’t; you have to base everything on stats and ratings. 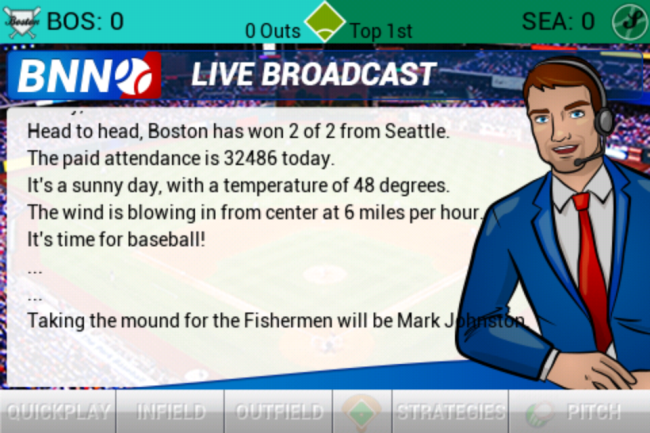 When you start a fictional league, you are taken through a really nicely formed wizard that lets you choose from several options and you even get to go through an extremely intense draft to get your players. I only had the patience to get through about four rounds of the draft, but I was able to sim the rest of it and I was pretty happy with my team. After the draft, the season starts and you can start getting your games underway. For individual games, if you haven’t played a game like iOOTP before, it’s a little confusing as to exactly what you are supposed to be doing to feel like you have control. The strategies that you can employ during a game are not hard to understand, but you really need to get a feel for the actual strategy of baseball to feel like anything you are doing is effective.

For my first five or six games, I scored a total of four runs, and I lost every game. I then decided to make some lineup and positional changes, along with two somewhat small trades (for older players who had better ratings). After that, I simmed through twenty games and was able to inch close to .500. When I went back in and started trying to play individual games, I got much more used to my lineup and I was able to compete. 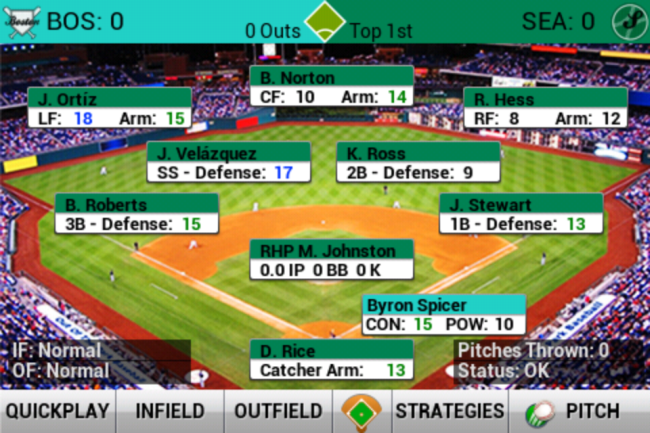 Overall, I can tell that this game is unapologeticly geared towards a hardcore, sim-management gamer, even if it is a mobile version of the game. For someone like me, who isn’t necessarily used to this type of game, you can’t really just dive right in. There is not a great deal of hand-holding  but you can get the information you need and start to understand successful strategies with time. At the same time, the amount of customization and experiences in this game are impressive. 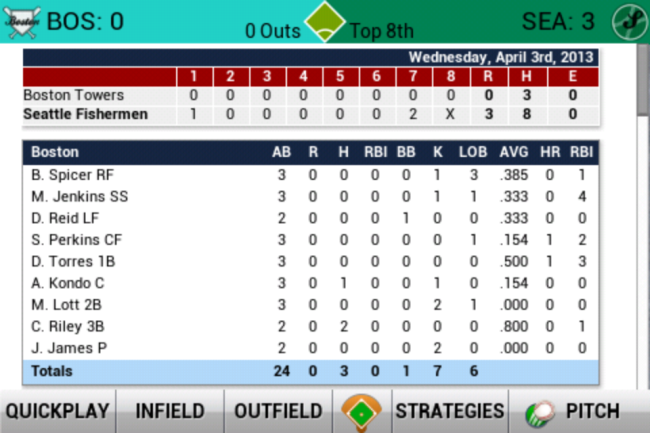 Pros: Extremely deep with a huge amount of customization. UI is great, especially given the fact that the game is complicated. Visuals are minimal, but very fitting. The game is an amazing bargain, due to the fact that you could likely spend hundreds of hours with it (historical leagues, custom leagues, etc.)

Cons: Simming through innings can leave you in a confusing spot once you get back into the game. For people new to the series, a “to do list” would be helpful to get you started in managing your team. Commentary during games can get a little monotonous (it’s good, but it could be more colorful). There are lots of numbers to look at, which can be overwhelming to people new to the series.

iOOTP Baseball 2013 is available now from the iTunes store.