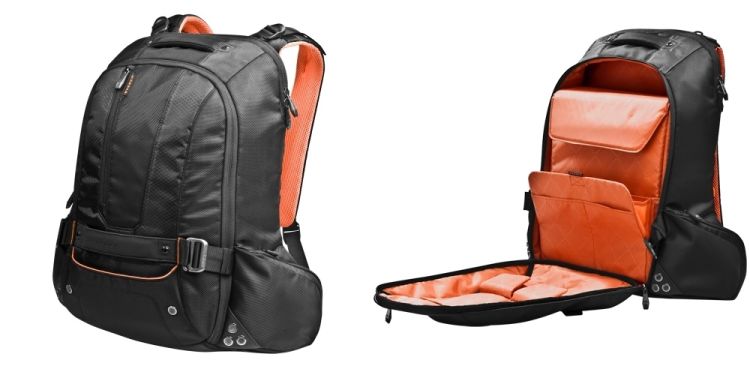 Traveling around with a video game system to a friend’s house or across the country is a pain the backside. Normally you’ll end up doing one of three things:

All of those are terrible ideas, and that is where Everki‘s Beacon Laptop Backpack with Gaming Sleeve comes in.

I’m a self-proclaimed bag connoisseur and I wouldn’t be using the Everki Beacon as my daily bag if it wasn’t a top notch bag. To me, the gaming sleeve is a cherry on top of the ice cream sundae that is this bag.

This bag has a dedicated laptop area that can hold up to a 18 in laptop. Who has one that big? I don’t know, but if you do. Then you’re golden. The main body of this bag is, in a word, cavernous. Obviously it has to be to hold systems the size of an Xbox 360 or a Playstation 3. Aside from those areas, there is also a hip pocket on each side of the bag that can hold a large laptop power brick, or even portable gaming system. Finally there is a zipper on the back that opens to a small area to hold little things that you want to keep in an easily accessible area.

Now, I said this bag is “cavernous” and you might be thinking “Is it really that big?” Well here is what I loaded it out with to show you how much stuff you can it into the bag. 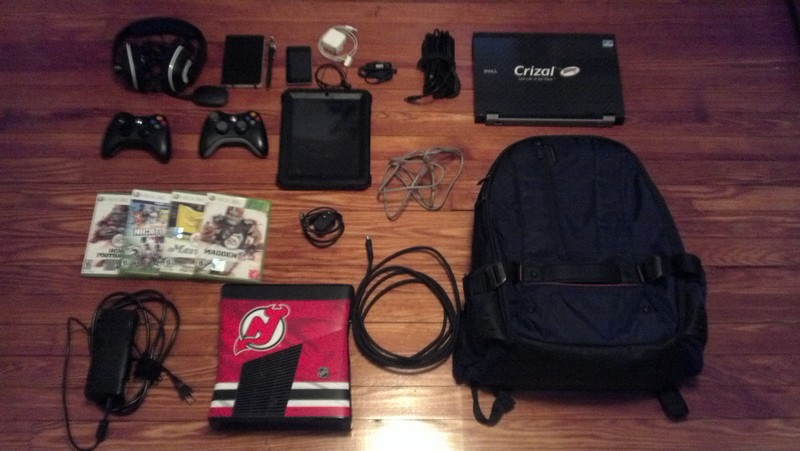 With all that the bag was barely full, I only stopped putting things in because I was running out of stuff. A PSP and Nintendo DS could also have fit if I could have found them.

My favorite part of this experiment was that even with the bag fully loaded with all of the above, it was very easy to carry. The Beacon features very strong shoulder straps that include the clip that goes across the chest like most modern hiking backpacks.

Now, onto the With Gaming Sleeve accessory that comes with the bag. This orange sleeve is nicely padded with a black velvet feel to the inside. It easily holds old or new models of both the Xbox 360 and the PS3. It may be a little bit of overkill for the Wii, but it does give you an extra sense of security when lugging around a couple hundred dollars worth of video game equipment.

The time I’ve spent wasn’t all roses and lollipops though. I’ve had one frustration with this bag. One of the zippers on the main compartment is a little finiky and takes a little work to get all the way to the top. This is most likely just an issue with the bag I happen to have as this is common problem with zippers.

The Everki Beacon Laptop Backpack With Gaming Sleeve is great not only for people carrying around consoles to friends’ houses and LAN parties, but also as an everyday backpack. With its ample room and good amount of pockets it will work for almost anyone. Also, unlike many other gaming bags, the Beacon isn’t overly obvious about what it’s contents are. There are a lot of other bags made for systems that choose to plaster the systems name all over it, making it an easy target theft.