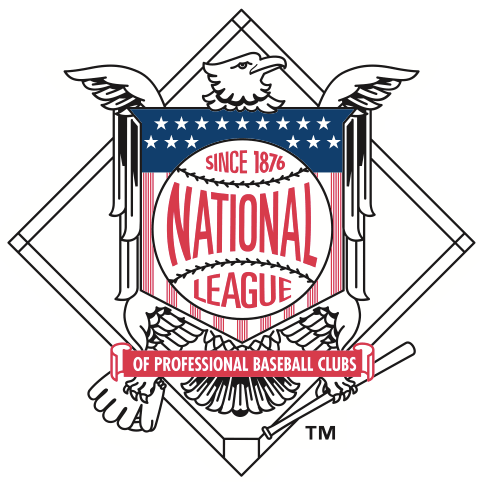 Washington Nationals – The Nats made it out of Spring Training with only, new addition, Doug Fister on the DL. When we returns they could have one of the best rotations in baseball with Stephen Strasburg, Gio Gonzalez and Jordan Zimmerman. Look for Bryce Harper to finish in the top 5 of MVP Voting after his off-season bulk up.

Atlanta Braves – Unlike the Nats, the Braves Spring Training destroyed them. Losing Kris Medlen and Brandon Beachy to Tommy John surgery all but forced the signing of Ervin Santana. Even with a depleted staff, the Braves should still be able to hold off the rest of the field, who have bigger issues than them.

Philadelphia Phillies – Aging, in-fighting, and injures is the best way to describe the Phils right now. The Phillies core continues to get older along with playing their age. Jimmy Rollins and, new manager, Ryne Sandberg, have spent Spring Training bickering, leaving Rollins’ Philly future in question. Cole Hamels has only begun throwing bullpen sessions after discomfort in his shoulder hampered him at the start of the season.

Miami Marlins – The Marlins could be a threat in the division in the next few years, but they are still building. Jose Fernandez is the Ace, and veteran, even though he is the youngest, at 21 years old, in an extremely young Marlins rotation. If Giancarlo Stanton can get some support in the lineup, they could move up and finish as high as 3rd in the division.

New York Mets – With Matt Harvey being out for the year, the Mets will regress, but they are taking steps in the right direction. When he returns, Harvey, Zack Wheeler, Jon Neise and Dillon Gee could be one of the best young rotations. David Wright continues to be the cornerstone of this team, the real question is “will Curtis Granderson be able to adjust to life at Citi Field?” There is no short porch in this NY stadium, if he can adjust to this stadium, it could be reminiscent of his days at Tiger Stadium, if not, it could be a long year in Flushing.

St. Louis Cardinals – The Cards have two things, guys that hit homers, and guys that throw pure gas. A trip though the heart of an order consisting of Matt Holliday, Matt Adams and Allen Craig should terrify any pitcher. Adam Wainwright, Micheal Wacha, Lancy Lynn, Shelby Miller, and Joe Kelly may just be the best rotation in baseball, and their bullpen will only be more un-hittable when Jason Motte returns from his 2013 Tommy John surgery.

Pittsburgh Pirates – 2013 wasn’t a fluke for the Pirates, they are the real deal. Andrew McCutchen should put together another great season, and along side Starling Marte and Jose Tabata, should form one of the best outfields in the NL. The main concern with the Pirates is their pitching staff. If Gerrit Cole can pitch like the future #1 he looks like he can be, they should be contending for a Wild Card.

Cincinnati Reds – The one to watch on the Reds is Billy Hamilton. After stealing an astounding 155 bases between A+ and AA in 2012, and stealing 75 bases in AAA, and an impressive 13 bases in 13 games during a “cup of coffee” with the Reds last year, the real question is can he hit MLB pitching. If he can get on base, he’ll cause havoc for pitchers having to keep a close eye on him and face Joey Votto and Jay Bruce. Spring was not kind to the Reds bullpen, which leaves J.J. Hoover as their closer. It could be a long season in Cincinnati.

Milwaukee Brewers – While the Brew Crew didn’t have Corey Hart last year due to injury, losing him to Free Agency might hurt more. Their lineup looks a little weak outside of Ryan Braun and an aging Aramis Ramirez. Their rotation with Yovani Gallardo, Kyle Lohse, and Matt Garza is nice, I just worry that they won’t get the run support they need to contend in this division. They are very similar to the Reds and could easily flip-flop spots in this prediction.

Chicago Cubs – The Cubs have a lot of young talent coming up this year and next, but without Anthony Rizzo and Starling Castro taking over as offensive leaders for this team, it may not matter. Ongoing negotiations with Jeff Samardzija leave the future progress of the Cubbies up in the air.

Los Angeles Dodgers – These guys are pretty stacked throughout the lineup, if Matt Kemp can return to form, they will have one of the most potent offenses in baseball. With their All-Star rotation of Clayton Kershaw, Zack Greinke and Hyun-jin Ryu, the Dodgers should coast to an NL West Championship.

Colorado Rockies – The perpetual problem with playing in Colorado is that you’ll never have enough pitching. There pitching is pretty bad, so almost no amount of hitting is going to help.