I was lucky enough to tag along with Rich Grisham (@RichGrisham) to see the EA Summer Showcase in New York City. We had a great time, got to play FIFA 15, NHL 15 and Madden NFL 15. As well as talk to developers on each of those games. You can hear those interviews as well as a follow up with Rich, myself and Polygon’s Samit Sarkar (@SamitSarkar) on the latest episode of the Press Row Podcast.

The 92nd edition of the Press Row Podcast sees host Rich Grisham (@richgrisham) joined by Press Row regular T.J. Lauerman (@thatsportsgamer) on a trip to New York City to get some hand-on time, presentations, and demonstrations of three key EA Sports fall releases. Rich gets a tour of some new features in Madden NFL 15 with producer Danny Doeberling, sits down with the head of NHL 15 Sean Ramjagsingh (Rammer34), and gets a demonstration of the key elements of FIFA 15 along with a 1-on-1 discussion of it with its lead designer Santiago Jaromillo (Santiagoj83). Then, Rich and T.J. are joined by fellow Press Row regular Samit Sarkar (@samitsarkar), who also attended the event, to summarize their feelings and compare notes.

Head over to OperationSports.com to hear the show. 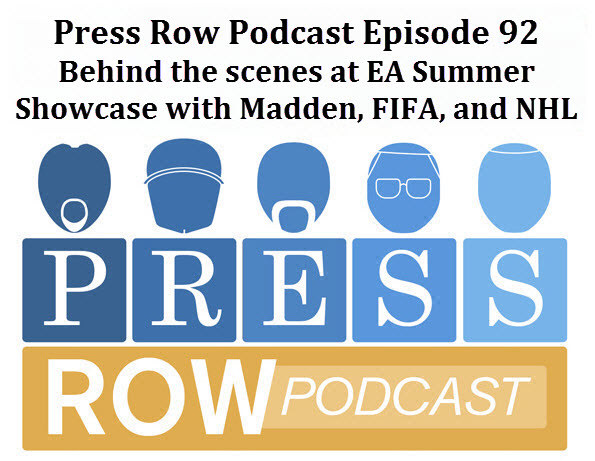